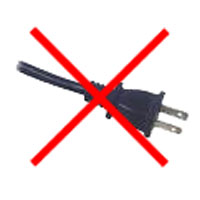 Not quite. Learning music theory chords is a big deal when it comes to understanding music. However, it's not as hard as it seems at first. The key is to take them in baby steps; in small pieces. That why we'll just work with triads, or three note chords for now.

Chords are simply several notes played together as a group. They can be used to make arpeggios for melodies. They can also be arranged in different orders called progressions to create movement and direction in a song.

When building chords, we will start with scales. Each scale degree receives a number. These numbers will be used to build different kinds of chords.

To get different triads, we use different scales:

For a G Major triad, we would use a G Major scale.

For a G Minor triad, we would use a G Minor Scale

(Note: If you are lost about the minor scales, don't worry about it. We will learn about these later. They work exactly the same way as the major scales, so just work with the majors for right now.)

One thing you should do to practice these, or at least get more familiar with them, is to take several major scales and make major triads with them. Do this regularly until you can just spout off a scale's triad without thinking about it.

That's it for Basic Triads

Now you know how to build any major or minor triad. (There are also diminished triads but again, we're mainly just working with majors.) There are lots of other chords as well, but they all start with triads. Some of them will be a triad with some extra notes, and some will be triads with one note changed. They all come from the same place though, so get used to using these first.

Once again, in music theory chords are king. They determine the general tone of the song, and almost always (except in a solo situation) determine the structure of the song. So practice hard with these triads until you feel comfortable enough to move on.

Hope this helps! Practice hard and let me know if you have any questions!